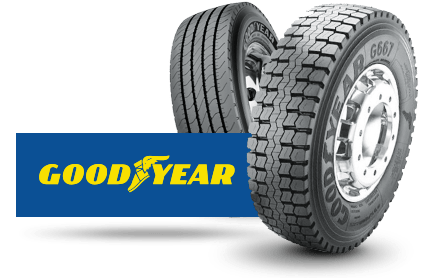 Goodyear Tire is an American tire and rubber company founded in 1898 by Frank Seiberling in Akron, Ohio. Goodyear manufactures all kinds of tires for passenger cars, commercial trucks, light trucks, racing cars, aeroplanes, agricultural equipment, as well as all heavy machinery tires. The name of this company is taken from Charles Goodyear, the inventor of a specific type of rubber. He invented this tire in 1839, and the remarkable thing is that Goodyear never had a direct relationship with this company. The Goodyear Company first became known around the world for the manufacture of a type of small air balloon called the Goodyear. This type of balloon made its first flight in 1925, and later became known as the Goodyear balloon. Goodyear balloon is considered one of the top icons in the history of the United States advertisement industry. This company is the most successful tire manufacturer in the history of Formula One racing, and Goodyear’s record in these races is impossible to beat. The 1998 Formula One season was the last time Goodyear participated in Formula One races. Currently, the company is the sole supplier of NASCAR racing tires and its shares are traded on the New York, London and Nasdaq Stock Exchange. Goodyear is also a former component of the Dow Jones Industrial Average.

West Lake is one of the most reputable tire brands in China and is produced by ZC Rubber Company. This company started in 1985 and currently is first in China’s tire production and ranks 10th among 75 major manufacturers in the world. Today, Westlake company is relying on its modern equipment and utilises the knowledge and experience of Korean and Japanese experts for its designs. West lake catalogue includes all kinds of tires for passenger cars, trucks, buses, mining, road construction and agriculture. The good performance of Westlake tires and the high standard of its products have made it used in many European and American countries in addition to meeting the domestic needs of China. Gostaresh Tejarat Tire operates as an exclusive representative of sales and after-sales services of Westlake tires. This company aspires to satisfy the mass market consumers by relying on experienced and competent managers, and their professional sales network.

TIANLI is a manufacturer of high-quality tires with modern technology in various fields. This reputable and growing brand has emerged from the alliance between Tianjin Tire and Rubber International Co. (TUTRIC), which was established in 1985 in cooperation with a Canadian company. It was the first Chinese manufacturer to invest in forestry, agricultural and tractor tires. Nowadays, TUTRIC offers more than 200 different sizes, from 16 to 57 inches, consisting of more than 1,600 items. TIANLI tires are exported to more than 70 countries around the world.

For more information, visit our product catalogue or contact the sales department